Guardian Spirits Arc is the 60th arc in Gintama.

Shinpachi decides to go to a mysterious glasses store to get his glasses repaired. The owner gives the teen a temporary pair to wear in the meantime. To his horror, he finds that the item lets him see that everyone has a mysterious spirit by their sides, including certain people from the cast! 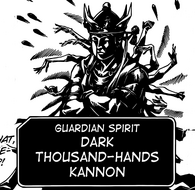 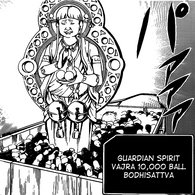 Katsura Guardian Spirit It's not Corolla, It's Katsulla

Hijikata Guardian Spirit It's not Maserati, It's Mayorati 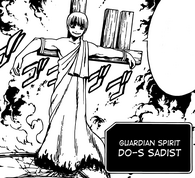 Okita Guardian Spirit Do-S Sadist
Add a photo to this gallery
Retrieved from "https://gintama.fandom.com/wiki/Guardian_Spirits_Arc?oldid=60130"
Community content is available under CC-BY-SA unless otherwise noted.